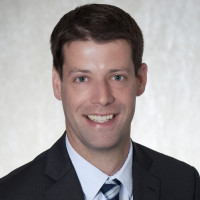 Request An Appointment
Areas of Care:

Brian Ciampa, MD has had what some might call a nontraditional path to becoming a gastroenterologist. He originally received a Bachelor of Science in communications with a concentration in film and television, and a minor in Italian studies from Boston University. After a three-year stint in film and television production, he changed course and decided to pursue a career in medicine. He was inspired in part by the people he met while producing countless videos and commercials for hospitals. In addition, he was encouraged by his mother’s example as a nurse practitioner who worked in a variety of areas including gastroenterology

He began his medical education in the Post Baccalaureate Premedical Program at the University of Pennsylvania, after which he earned a Doctor of Medicine from the Indiana University School of Medicine. From his very first clinical rotation in pediatric gastroenterology, Dr. Ciampa knew that he wanted to be a gastroenterologist. After medical school, he completed a residency in Internal Medicine at Montefiore Medical Center, Albert Einstein College of Medicine and a fellowship in Gastroenterology at George Washington University Hospital.